The company Digital Content Factory: the experience with MaxMara

The concept of the digital content factory was one of the protagonists of the latest e-P Summit 2022, the appointment of Pitti Immagine dedicated to the relationships between fashion and the digital world. The intention was to delineate future prospects; and with a claim like Shaping the digital future of Fashion to give a clear status and position of the current transformation under way.

“In our opinion, the paradigm is shifting”, announced Stefano Righetti, CEO of Hyphen-Group. “From a production dedicated to specific touchpoints, to a true digital factory at the service of various interested companies.”

In brief, as also mentioned by the scientific director of the e-P Summit, Rinaldo Rinaldi, “it’s about a digital supply chain and how this should accompany and integrate into the physical supply chain. A strategy that the MaxMara Fashion Group has pursued for years, also thanks to the contribution of Hyphen. Antonio Farini, Group CIO, Group CEO CRM, Group CEO digital division & e-commerce of the company, explained it during his speech. “It’s a work in progress, because until some time ago we, like the entire industry, when talking about content we thought of ad campaigns and the space that these would have eventually occupied in our stores”, began the manager. “Then digital arrived, e-commerce, sales channels exploded, as did the quantity of content and the number of formats necessary. How to react? The digital content factory is one of these solutions”.

With its 71 year of business, the MaxMara Fashion Group has crossed all of the phases of the fashion industry, with the honour of contributing to indicating a direction. Farini also made it clear that mistakes can also be made, but that it is important to react strategically: “Regarding the content, it was initially believe that the effort necessary and the costs were too high, and so were delegated to the channels, but then lot consistency. In the physical world, it’s relative, but in the digital world it’s a disaster. It destroys what was built up over the years: the brand image”.

In the same view, Righetti highlighted how the growing needs of the new media require a transverse, or systemic approach. “It passes from a paradigm in which each channel has its own processes, its own instruments and suppliers in a wider concept of factory: in brief, an organizational structure that thinks of the system is created”, punctuated the founder of Hyphen. “In practice, when creating content, whether an image, a text or a video, I should already worry during the production phase about satisfying all the possible needs for all the potential requesters”. Farini mentioned that in reality, this philosophy belongs to the sector, it is not new: “We in the fashion world are masters of this. Every six months there are creative who create new products and other department who take care of the industrialisation. The same process is necessary for the content. This means operating in a way that the creative content is processed by experts that allow the application of an industrial method to production, repository and distribution.

Beyond organisational and functional silos

Today, the obstacles to building an efficient content factory are clear: the main one is the localized budget organizational model and functional hierarchical structures. “It’s not only a technological question but a vision theme. The concept of the digital content factory is independent of the technologies that are used”, maintained Righetti. “It’s made of concept, design, process revision, and most of all, the use of human resources in a different way. It’s no coincidence that people with very specific skills are needed – many are already present in the company, and must be accompanied and updated”.

Farini of MaxMara called it “the breaking of the organizational and functional silos” and also recognized that it takes a lot of effort. “We are used the fact that the style creates its content, then gets to the shop windows, retail and then e-commerce. It is necessary to explain to each of these departments that a common repository requires additional effort. It’s easy to amass the highest number of books within a storage warehouse, but if we want to find them, it turns out it’s easier to re-buy them.  Another approach is that of the library. It requires greater effort, but the benefits are clear”, admitted the manager. The content is like an element that to be placed in a system in space and time, it needs to respect not only the common rules but also be equipped with those characteristics and accessories that make it shareable, indexable, and therefore contextualized. “The key aspect is that a company is already used to working on products with a workflow, while it continues to work on content by function”, said Farini.   With regard to capital costs, Righetti mentioned that there is a key to justify the effort. “In addition to measuring the KPIs (Key Performance Indicators) of the sales campaign and sell-out, they can also measure the performance of each single piece of content. For example, if a video converts and a 360° no, an immediate intervention can be made, rationalizing the activities or changing strategy. Finally, with digitalization, one can measure which are the most effective contents – and therefore streamlining the workflow behind it and its type – allows a conversation with the stakeholders of the various functions”, highlighted Righetti. Similar to what Farini said about the consistency of content, here it regards consistency of management of the asset: content effects the conversion rate and the prospective on further production.

Finally, the d-P Summit 2022 has been the official Hyphen-Truck presentation window, the first digital content factory on wheels by Hyphen. And smiling, Righetti admitted: “On one hand, a provocation, and on the other a completion of all use cases in the digital transformation process. It wasn’t only created for fashion, but for every sector. It’s truly a mobile content factory”.

The company Digital Content Factory: the experience with MaxMara 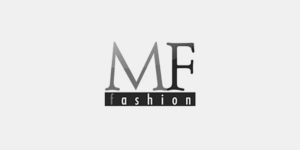 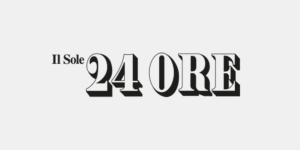 System integration and API: two fundamental tools for your business in the digital era